England defeated Scotland by 15-9 in their first Six Nations match on Saturday evening at Murreyfield Stadium. Eddie Jones took charge of first England game and it turned out to be a close affair as England came out winners to start post World Cup campaign.

England are set to take on Scotland in the opening game of 2016 Six Nations Rugby championship to be played across Europe starting with France vs Italy game on Saturday which will be followed by BT Murrayfield stadium encounter between two home nations of United Kingdom. The game will kickoff at around 16:40 uk time and BBC Sport will have live coverage of the game in the UK while RTE to broadcast the game live in Ireland. 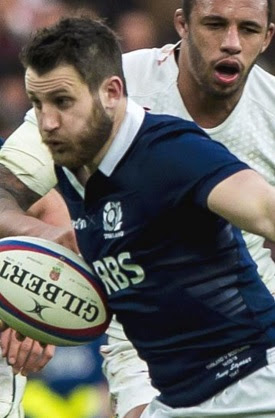 Preview & Predictions: Scotland has come alongway under their ex-manager Clements and they are one of the favourites to win this years Six Nations, specially after their Rugby World Cup performances last year. They have a quality lineup who can turn it on against any big team this year. England are no longer they force they once were but they do have a superb record against Scotland having won 9 of their last 10 meeting between the two and Scotland has not beaten England in last 10 matches with only 1 draw coming back in 2010.

But playing at home against England side who are bound to be under pressure after their abysmal showing in world cup last year, will surely put Scotland into driving seat going into the game. Predicting a result in this one is a far-cry but even with Scotland’s improved showings since their last years Six Nations I am going with a narrow win for England with not more than 3 points in it.