France registered their first win of 2015 Rugby World Cup with a hard fought game against Italy with the 32-10 scoreline. It was not the vintage performance by France as they failed to earn that bonus point but first game of the campaign against a possible runnerups spot rival is not all bad. 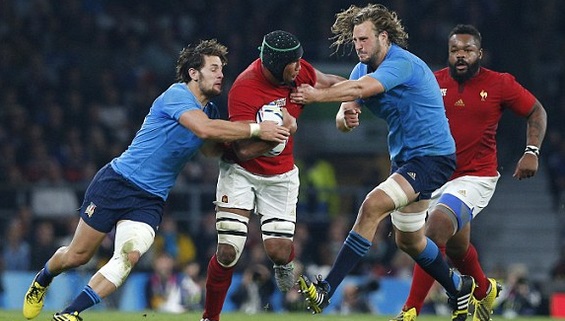 France absolutely powered through other european nationa Italy and they won their first group game with the bonus point. France lead italy 15-3 as both teams went into the break. It was not the best of the games but France deserved their commanding lead at the break and Italy were disappointed to say the least. France consolidated their points tally in the second half and pushed for that elusive bonus point with the win.

The first group D match will be between two of the european sides France and italy this Saturday night at around 20:00 uk time at Twickenham Stadium. Although Ireland and France are the favourites to get out of Group D but Italy might have something to say having beaten both France and Ireland recently. ALthough they would need to be on top of their game.

Preview & Team News: France has been the best team not to win the World Cup so far having reached the final 3 times and always making it to the last 4. They will be hoping to finally break the jinx and win the world cup. French player Wesley Fofana has been ruled out for Italy game due to thigh injury he suffered during one of the warm up games. Mathieu Bastareaud should start in his place. Thierry Dusautoir and Yoann Maestri are both declared fit for Italy game and both should start.

Leonardo Ghiraldin will be slotted in for Italy as Sergio Parisse will not be available, coupld of other players including Samuela Vunisa will also start for Italy. These are the possible starting lineups for both teams going into the saturdays big kickoff in Group D. 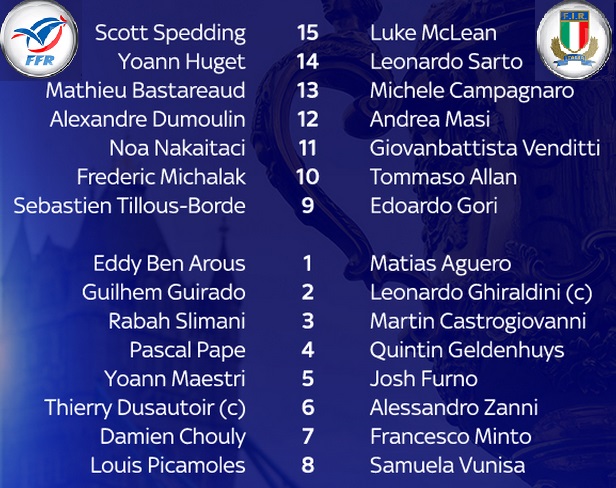