Gareth Thomas life journey includes playing Rugby at the highest level and overcoming his biggest challenge and fear of coming out as gay. This short film by Guinness takes you back in the moment and celebrate the courage shown by Gareth Thomas being the only openly guy rugby player.

Former Welsh rugby star Gareth Thomas 2nd most capped player for Wales with 100 international appearances in 12 year career. He also played three international games for Welsh rugby league side while his illustrious club career spanned over 16 years with around 320 matches making him one of the most experienced player in European rugby. Gareth Thomas was also selected for the 2005 British & Irish lions tour of New Zealand and he captained two matches on that tour. 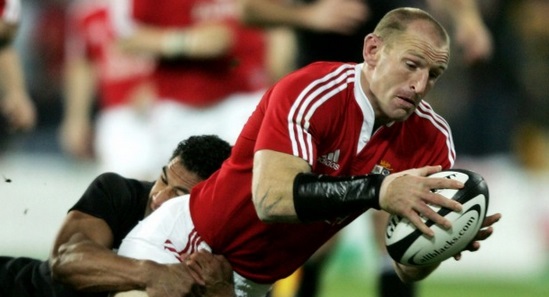 Gareth Thomas came along way from modest upbringings to a national hero of Wales after a superb rugby career both with the Welsh national teams and several clubs he represented. But his biggest challenge was to came out as first openly gay rugby player back in 2009. He describe coming out as gay was his biggest fear until the day he told his team mates and later to the world. The day he opened up all his fears of rejection from everything had disappeared. To his surprise the reaction was overwhelmingly positive both from the fans in cardiff and also his team mates and Gareth Thomas life after coming out was made much more easier with incredible backing of his team mates and fan support.

Now Gareth retired from Rugby of all forms and has been vocal supporter of the charity “ChildLine” which is a telephone counseling helpline for young kids around Great Britain. This beautiful short film celebrates the courage shown by Gareth to openly come out as gay and the incredible support of his team mates when he needed it the most in his life.