All Blacks secured their second win the group c match against Namibia in what was a very routine win for the All Blacks. The score was New Zealand 34-6 Namibia at the haltime and everybody expected the same kind of score if not more for New Zealand. Namibia had couple of their own moments back lack of execution turned into a one way affaird. 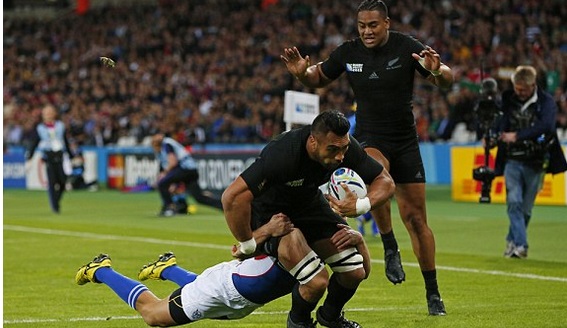 New Zealand secured their Bonus point with their fourth try in first half with Beauden Barrett scoring just before the break. If you were expecting flood gate to open in second half well you were wrong. Namibia held their own and fought hard with game finishing NZ 58-14 Namibia. 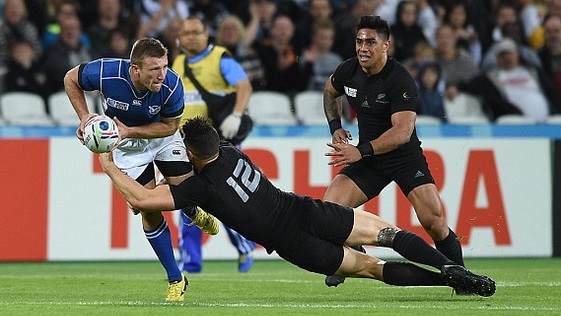 Namibia were never expected to trouble New Zealand but they did had their moments just lacked experience in important moments. We will have the match highlights shortly after the final whistle so check back in a while.

New Zealand vs Namibia Preview & Team News:Although after Japan-South Africa result one would thing anything is possible but looking at the stature of both of these sides its hard to see any other result than a thumping win for All Blacks. Namibia are ranked 20th in the world and thats the worse among world cup participants while they come up against World no.1 and defending world champions New Zealand.

New Zealand coach Steve Hansen has announced 12 chances in the squad which took the field against Argentina with only Milner-Skudder, Sam Whitelock and Julian Savea keeping their place in the lineup. But even with so many changes it will be hardly noticeable with All Blacks boosting a strong bench.

This is the first time both teams are going head to head and New Zealand should win this one with ease but for Namibia playing at world stage against probably one of the greatest Rugby side will be a huge experience. Jacques Burger is the most prominant Nambian player who is also their captain, has played for Saracens F.C based in London. Tinus du Plessis is another player who can cause bit of problems for New Zealand but nothing major.

Match Predictions: Looking at the both teams and experience the both units Its hard to see any other result than a huge margin victory for New Zealand. I am going with a 45-50 points win for New Zealand in this one.