Rugby World Cup 2019 Saturday coverage starts at around 11:45 uk time with and ITV has live coverage in the UK while NBCSN will broadcast the game live in the US. Links with tick mark at the end are already checked and working. (most starts closer to kickoff)

An absolute epic semifinal between South Africa and New Zealand took place at Twickenham Stadium in London and it was the defending Champions New Zealand who made it through to second world cup final in 4 years. 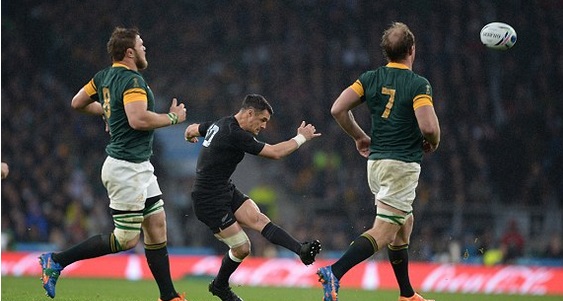 It was South Africa who started the quickest between the two teams with impressive 12-7 scorline at the break but it all changed with New Zealand crawling their way back slowly into the game. Dan Carters kicking was crucial for New Zealand as they turned things around and won the game by 20-18 and reach 2015 Rugby World Cup final. 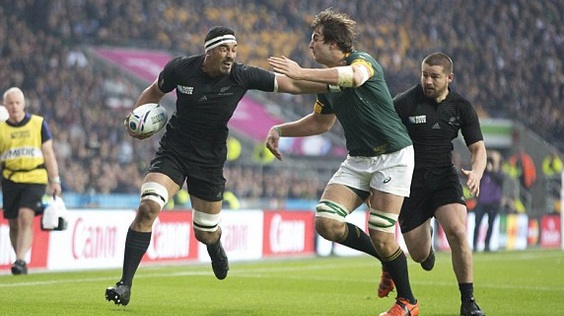 South Africa gave New Zealand a right scare and could have won the game if not for indiscipline in second half where New Zealand managed to overturn 5 points differece after the break.

Match Preview: All Blacks will take on South Africa in the first semifinal of 2015 Rugby World Cup which will be played this saturday afternoon at Twickenham Stadium in London at around 16:00 uk time. New Zealand thrashed France in the quarter finals in what turned out to be a very one sided game while South Africa got the better of Wales in a norrow 4 points victory.

South Africa has come along way from that opening fixture defeat in the hands of Japan and they will have to produce their best world cup performance to beat New Zealand what widely regarded as the greatest Rugby Team of all times. We will have live action of the game here 1 hour before the kickoff plus match highlights after the match. 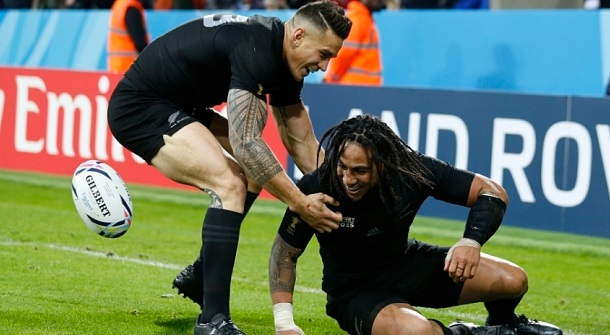 Looking at the head to head record between the two sides its evident that New Zealand has upper hand with 52 wins in 90 matches played between the two. South Africa has won a very respectable 35 and three ended in draw. Although New Zealand has been a very dominant side in since they won world cup 2011. South Africa has only defeated New Zealand once in last 5 games and that victory came last year in Four Nations championship game at Johansburg.

Team News: South Africa has announced unchanged lineup, which defeated Wales, for the first semifinal against New Zealand on saturday. This is how South Africa will lineup against the All Blacks in what will be the biggest game of the world cup (except the final of course)

While I am writing this New Zealand were yet to announce the confirmed lineup, but as soon as the lineup is announced I will try to update this page soon after. New Zealand will announce their lineup on thursday morning.

Match Predictions: Its hard to see New Zealand losing any match let alone a world cup game these days but if any team could beat the might all blacks its either Australia or South Africa. But looking at the statistical performances against France its hard to see South Africa getting the win but they will surely trouble them alot more than what France did.