Rugby World CUp 2015 set to take place in England, is just another 2 months away and all of the qualified teams in the world cup will be playing competitive rugby on international level, There are also some warm up matches schedule in England and Wales ahead of the world cup. So there is alot of Rugby coming your way in next 3 months including RWC 2015.

Adidas has released both home and away kits for New Zealand rugby team going into the big Rugby world cup 2015. And they are priced around NZ$200 / US$140. 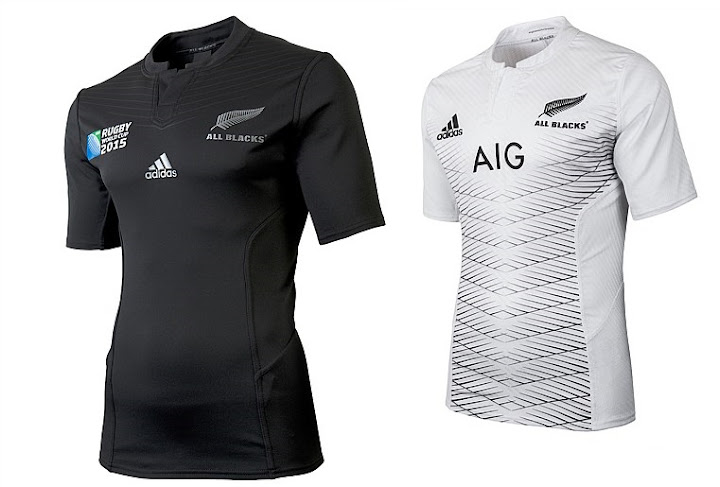 Canterbury has officially released the home kit for England to be used in 2015 Rugby World Cup. 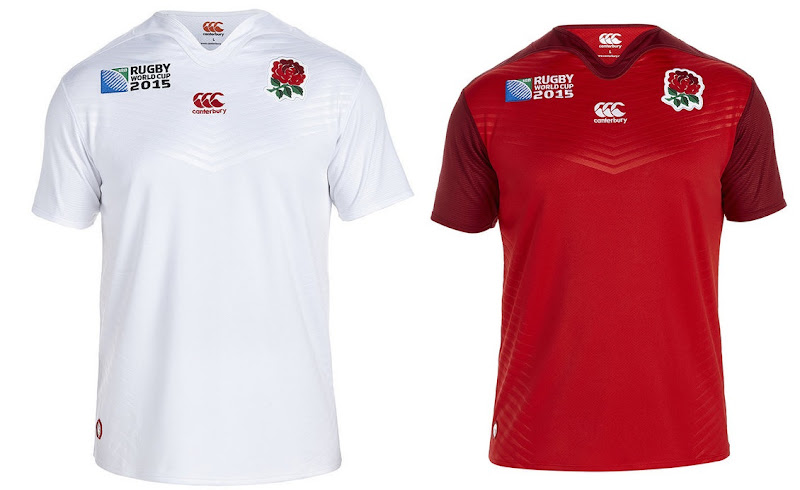 The all new Macron Scotland 2015 rugby world cup home and alternative kits has been released today while the official launch will take place on 3rd July 2015. 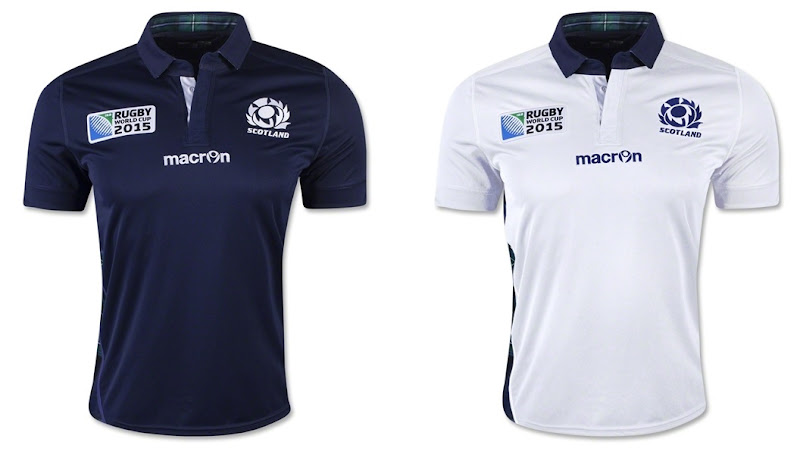 These are the new France Adidas home and away kits for 2015 Rugby World Cup. 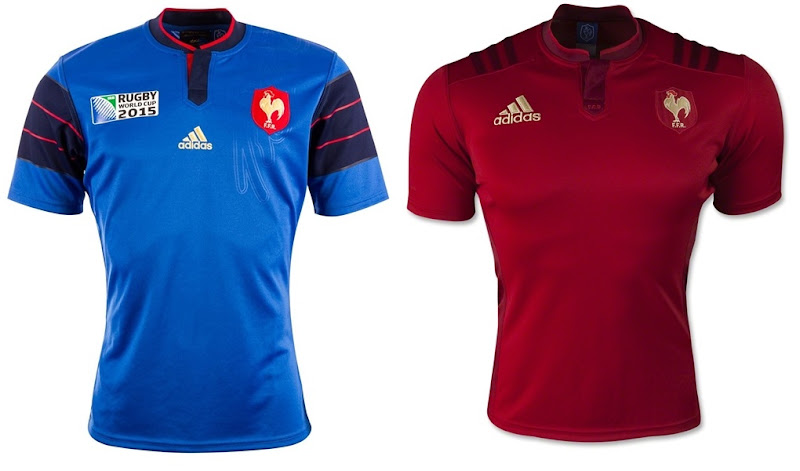 Canterbury has released the all new green home kit for Ireland for 2015 Rugby World Cup and its come with a classic design. 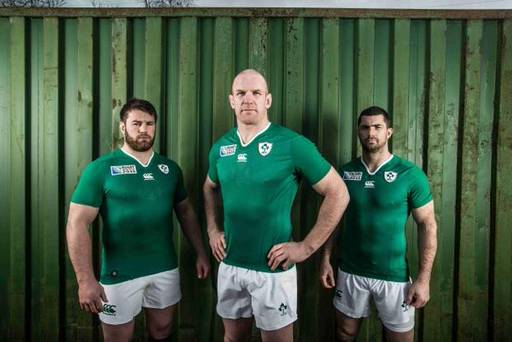 This are the new home and away Wallabies kits produced by ASICS, officially released on 10th June 2015. 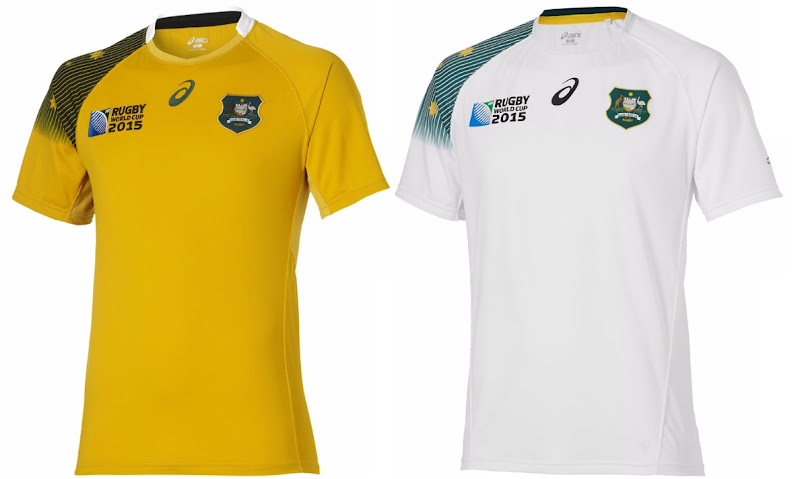 The new home and away kits for SpringBok (South Africa) has been officially released produced by ASICS. 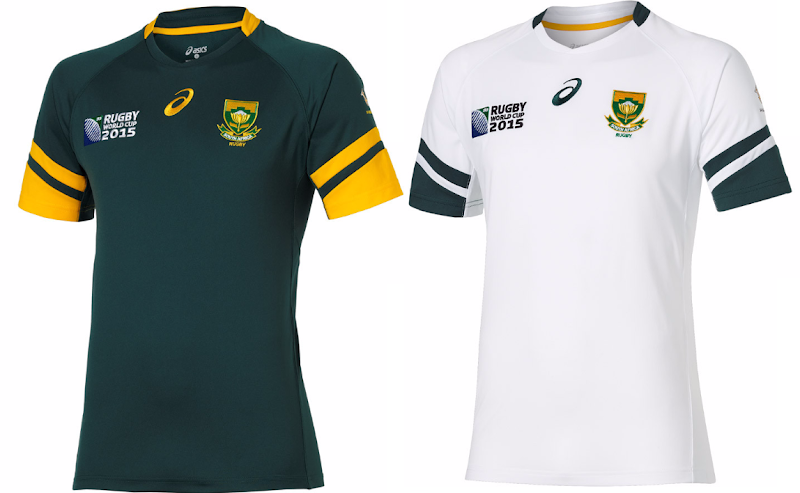 Italy are one of the only three teams whos kits will be produced by Adidas, and their official home kit has been officially released which comes in classic Azzuri design. 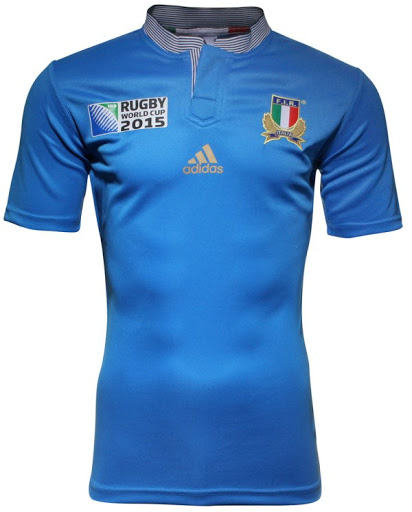 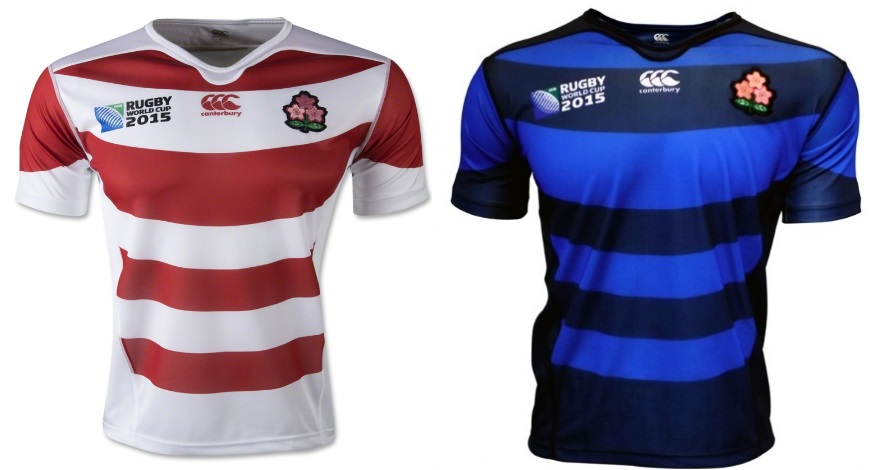 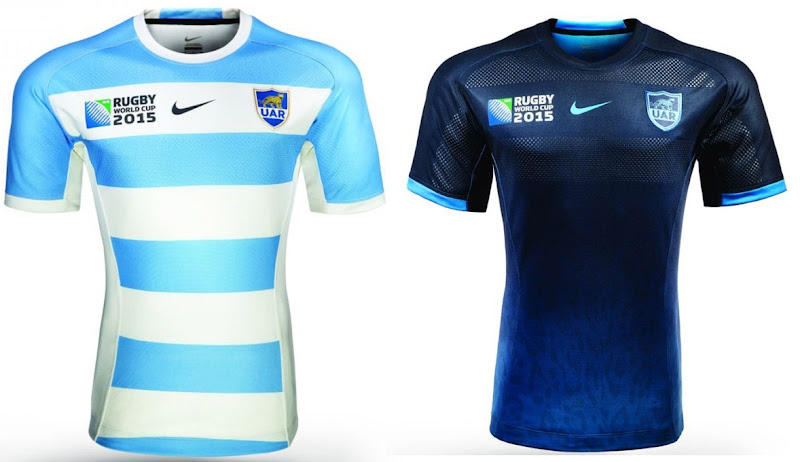 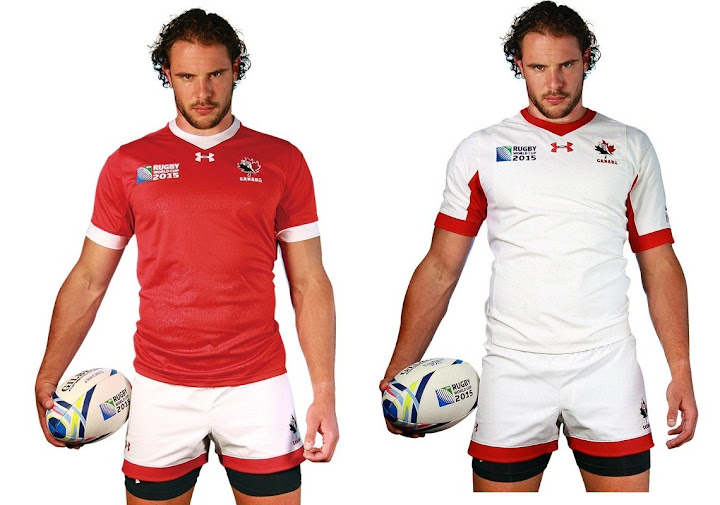 BLK unveiled the official home kits for United States rugby team for the upcoming 2015 Rugby World Cup in england. The home kit features traditional US colours while away is more white with red/blue applications across the shirt. 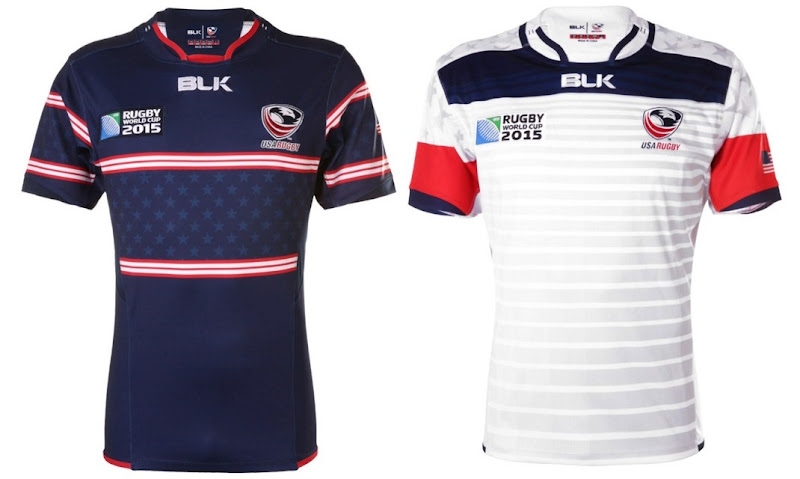 Samoa rugby signed a kit deal with BLK and they have already released the official home kit for Manu Samoa for upcoming 2015 Rugby World cup. 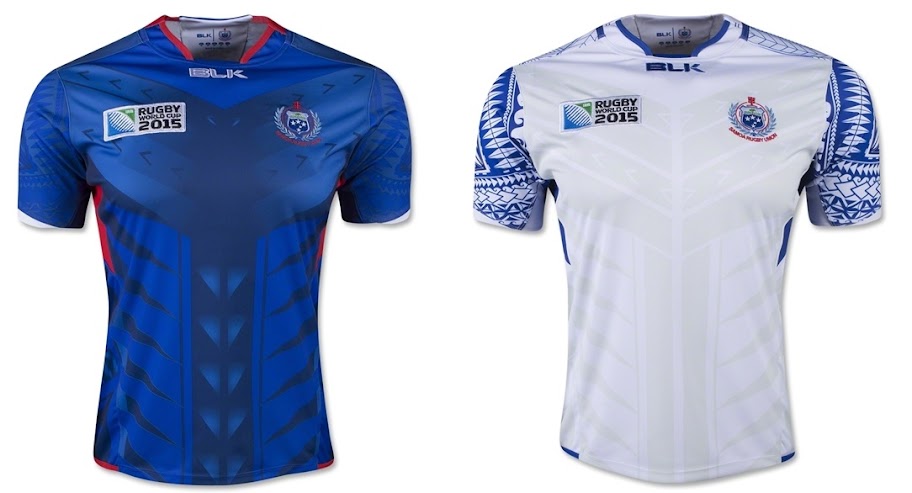 BLK the official kit suppliers of Fiji national rugby team has released the 2015 rugby world cup home kit for Fiji which comes in mainly white colour with black applications on collar and sleeves and a unique design on side of the shirt. 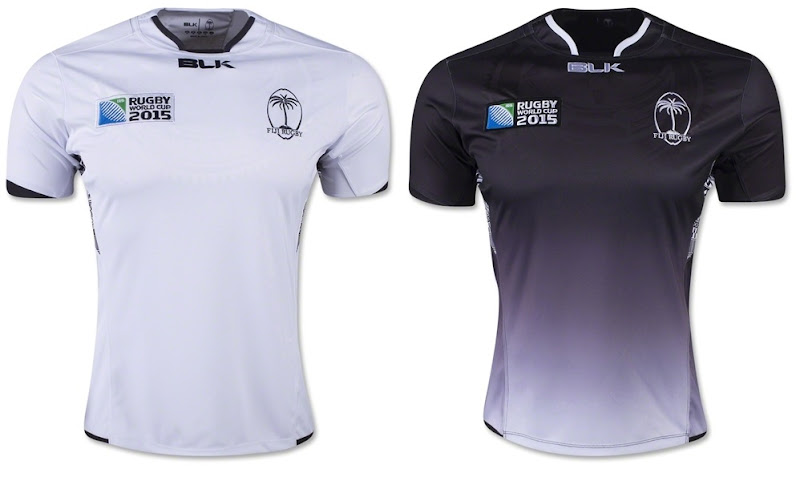 Romania home kit for Rugby World Cup 2015 produced by BLK comes in traditional yellow with blue/red/black applications across the home shirt. The back of the shirt features iconic Romanian design graphic. 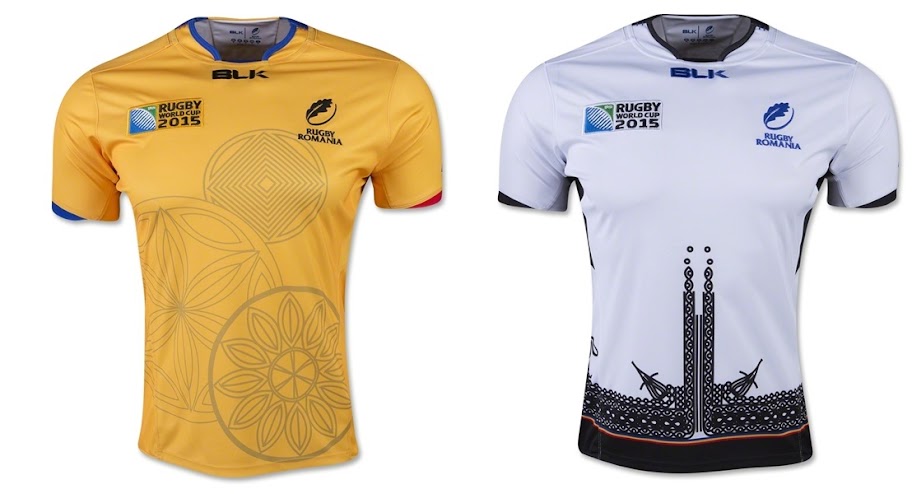 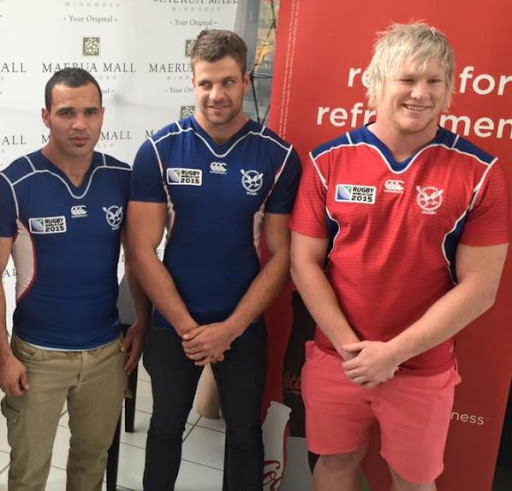 But what about the Jerseys of teams qualified for World Cup ? Well, all the teams will release new kits ahead of the world cup and we can safely say that team will start releasing new world cup kits closer to the world cup dates. Presumably 1 or 2 months before the competition gets underway.