Scotland’s new home and away kits for 2015 Rugby World Cup has bee officially released today while the launch ceremoney will take place this friday, 03 July 2015 at the BT murrayfield stadium at around 2:00 PM. 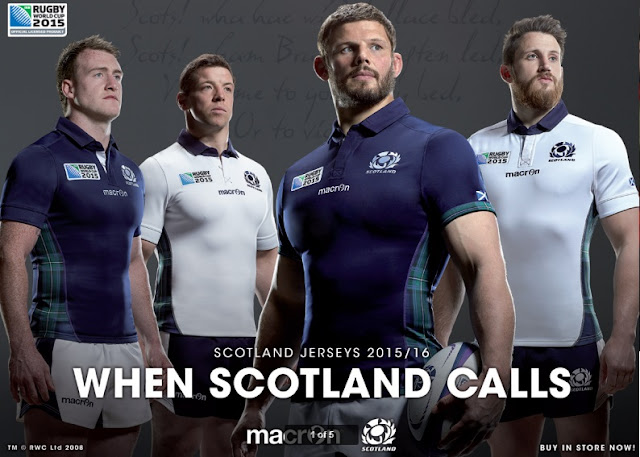 The kits are produced by “Macron” where the home kit comes in traditional blue as main colour with white applications while the away kit is white with blue application.

The all new Macron home kit for Scotland for the 2015 Rugby World Cup has been released which comes in traditional blue colour and a “tartan texture” on the sides of the shirt as well as on the end of sleeve. 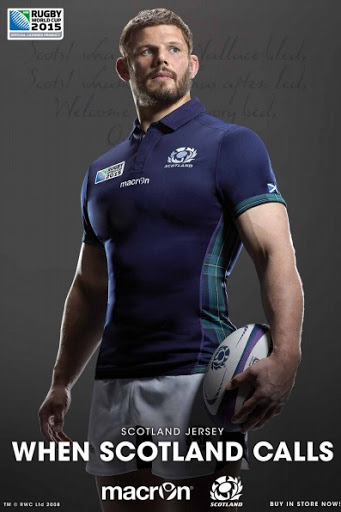 The numbers are also comes in white tartan texture and the shorts will be mainly white with blue application to match the shirt. Macron will be one of 9 kit suppliers in the 2015 world cup but Macron will only be producing kits for Scotland Rugby Team.

The all new white alternative jersey for Scotland is also released which comes in same design but white as the main colour and blue application on collars plus a tartan design texture on the sides. 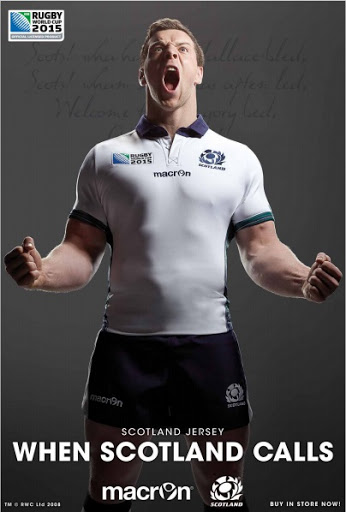