Scotland started their 2015 rugby world cup campaign with a well deserved win against Japan. Japan looked pretty solid in the first half and created loads of problems for Scotland as the half ended 12-7 in favour of Scotland. Michael Leitch lead from the front for Japan but his team failed to stop scotland attack in second half. Match Highlights of the game will be available shortly

Scotland lead Japan 12-7 at the break and there was not much between the sides. Experts predicted Japan’s strong showing in the first half but inablity to take the game to opposition in second half which was pretty much the case. 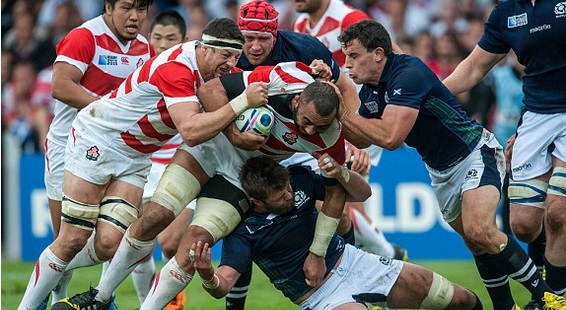 Finn Russell scored another try for Scotland to make the scorline comfortable at 45-10 going into the last few minutes of the game. Japan kind of opened up in the second half which exposed loads of gaps for scotland to penetrate.

In the end it was Scotland who registered their first win of the Rugby World Cup and that too with a bonus point with a scorline of 45-10. We will place the replay video download links right here on the page shortly.

Japan vs Scotland Pool B – Preview & Team News: If Japan can get another win against Scotland this Wednesday they will be in touching distance of qualifying for the knockout stages of Rugby World Cup first time in their history. But now teams will take them alot more seriously after their triumph over South Africa so it will be a notch harder than before and Japan coach admitted that they will have to work even harder to get a result against Scotland in what he termed as “the biggest game for Japan in the world cups”.

Scotland however are not mugs, looking at the past 4 meetings between the two sides Japan has never came close to winning against Scotland. Their previous two meetings in world cup were in 1991 and 2003 and on both occassions Scotland won the game with 47-9 and 32-11 respectively. Scotland are always underdogs for the world cup glory and often labeled as “Brave” before the games but this time around they do have some talented players including some foreign important with the likes of Willem Nel (South Africa), David Denton (Zimbabwe), John Hardie (New Zealand), Josh Strauss (South Africa). 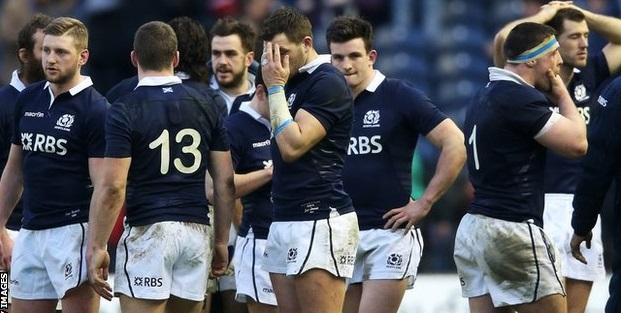 Predictions: Japan might get caught in emotions having won what might go down as the best match of 2015 world cup against South Africa. They need to hit the ground running from the kickoff against Scotland to have a good chance. Scotland will come hard and are likely to learn from mistakes South Africa made. I am going with a Scottish win in this one with 15 points margin.