Scotland Beat Samoa in the last their last group game by 36-33 in what was the best game of the Rugby World Cup so far where Samoa gave Scotland a right scare but Bravhearts had enough in them to comeback from 23-26 at break to win the game.

An Explosive start to the match saw Samoa getting the better of Scotland in the opening exchanges and they pretty much troubled Scotland throughout the first half with both teams going into the break at Samoa 26-23 Scotland. But after the break Scotland started the stronger and got into the lead with Laidlaw scoring the much needed try to put Scotland upfront and Scotland won the game by 36-33. 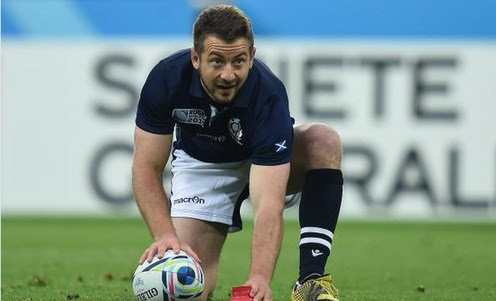 But regardless of the result this was one of the best rugby world cup games where Samoa put up quite a show in what was the highest scoring rugby game of the world cup so far.

Scotland vs Samoa Preview & Team News: Samoa are already eliminated from the world cup having lost against South Africa and Japan but they will be looking to end the competition on a high and Scotland are their to be taking in saturdays clash. Scotland on the other hand have everything to play for as a defeat here and a very likely win for Japan against USA on sunday will knock them out of the competition which will be a disaster for this great sports nation who already dealt a blow in football as they failed to qualify for Euro 2016. Surely Rugby won disappoint the scotish fans.

Looking at the past three meetings Scotland has lost 1 and won twice with very narrow wins by 1 point and 3 points while their latest encounter was back in June 2013 when Samoa ran out 27-17 winners in the Quadrangular tournament. So the pressure will definately be on Scotland to come out strong and take the game to Samoa who have nothing to lose.

Scotland has made 7 changes in the lineup which will take the field against Samoa on saturday, Sean Lamont has been named on the bench at the eve of him getting 100 cap if he comes on as a sub.

Samoa also made 7 changes with trio at the back all new and couple of changes in the centre pairing giving Samoa a fresh look going into what is a dead rubber for the team who is already eliminated from the rugby world cup.