South Africa defeat Wales in the first quarter final of Rugby world cup 2015 with a very narrow margin 23-19, Wales looked the better side most of the game but they failed to finish the game off while South AFrica had moments and one of those moments was late try to secure semifinal spot. 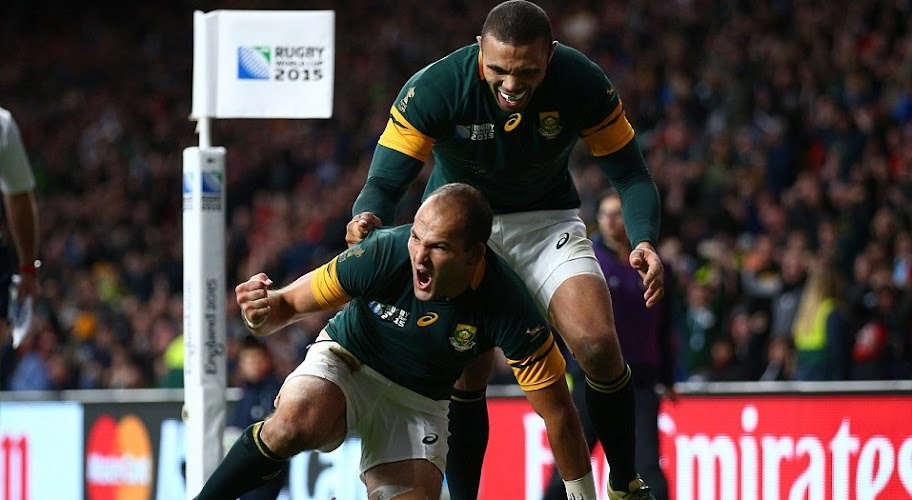 In the first quarter final of the 2015 Rugby World Cup South Africa took on Wales in what turned out to be a belter of a game. Welsh side came into the game full of confidence and they had the better first half as far as their performance was concerned but they lacked that clinical edge which kind allowed Springboks to crawl back in to the game in second half. Springboks scored a late try to get 4 points points advantage and held on to win against Wales and reach quarter finals. 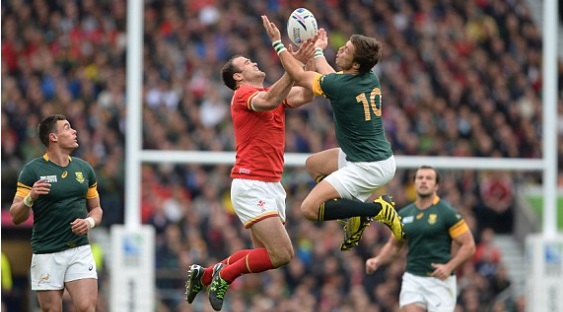 Wales lead at the break with a narrow margin of 13-12 but after the break it was more a roller coaster for both sides with south africa taking the lead and than Wales hitting back and so forth. Easily the best game of the tournament so far. Some high quality attack and defense at display.

Wales vs South Africa Preview & Team News: Wales only lost once (Against Australia) in the “Pool A” which was widely regarded as group of death including teams like England, Australia, Fiji and Uruguay. But their world cup campaign has been over shadowed by multiple injuries with key players missing out the knockout action. As many as nine potential starters will be missing on saturday against South Africa which kind of makes Wales under dogs going into all-or-nothing quarter final game. Here is a list of players missing through injuries for Wales.

The last encounter between the two sides was back in november 2014 when Wales won only their second international against South Africa by 12-6 margin. Wales have been superb leading up to the world cup winning 2015 Six Nations and getting some big wins against very good sides in last couple of years but all this injury crisis is bound to effect the team at some point and they will be hoping team can get through South Africa and reach semi final which will be a decent job done by this injury stricken side.

Lineups: Lineups for saturdays first quarter final will be announced couple of days before the game and we will update this page with confirmed lineups once announced.

Match Predictions: Since Wales will be underdogs and with so many players missing the pressure of expectations is much lower it would have been with the full fit squad. So the fear factor is out of the window and some of the young inexperienced players will bring their own threat and something new to the team. Wales player a very competition last pool match against Australia which could have gone either the difference was resilient Australian defense and on another day Wales could have won that game.

South Africa on the other made a superb comeback after losing first game against Japan but the scares historic will stay. Welsh fans are expected pack Twickenham stadium to full capacity which will only help Wales cause with kind of home support. South Africa will come out stronger to impose their physical style but this Welsh side under Gatland’s gameplan has done fairly well agains the physical sides.