Hosts Russia have qualified for 2018 FIFA World Cup quarterfinals after pulling of a surprise win over Spain in the round of 16. Russia defeated Spain on penalties and will take on Croatia in the quarterfinals on Saturday, 07 July 2018 at the Fischt Stadium in Sochi. Croatia defeated Denmark in the last 16 and they too had to rely on penalties to make this far.

Russia vs Croatia Preview: Spain and Russia played out a marathon of game tie in Round of 16 as it went all the way to penalties where Russia finally won the game and made it to the quarterfinals of the tournament.`now they have a real test against a very compact Croatia side who many people are tipping as dark horses to go all the way.

Nobody gave a chance to this Russian side before the world cup, in fact local media in Russia describe this squad as the worst russian squad in world cup history. The negativity surrounding the team was terrible to say the least but under manager Stanislav Cherchesov, Russia have surprised quite a few people specially after beating Spain. But now expectations will be stronger than before when they take on Croatia and that will be interesting how they cope with it.

Igor Akinfeev was the hero as Russia defeated Spain in the last 16 match on penalties. Russia had to come from behind to take Spain to extra time and than penalties where home advantage helped them get past 2010 Champions. 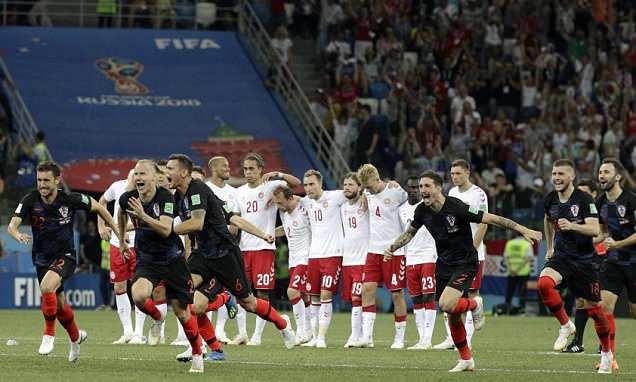 Croatia had to dig deep to win against Denmark in what was a very competitive round of 17 match. Denmark scored inside first minute and although Croatia equalized minutes later they struggled to impose themselves for most part in normal and extra time. It took penalties to separate the two where Croatia finally got the better of brave Danish side.

Team News & Possible Lineups: Croatia have the population of just around 4.1 million and how they can produce so many technically gifted players is a mystery. Luka Modric and Ivan Rakitic will be hoping to boss the midfield as they usually do and Russian need to counter that by packing the midfield.

This is how I expect both teams to lineup on Saturday night. 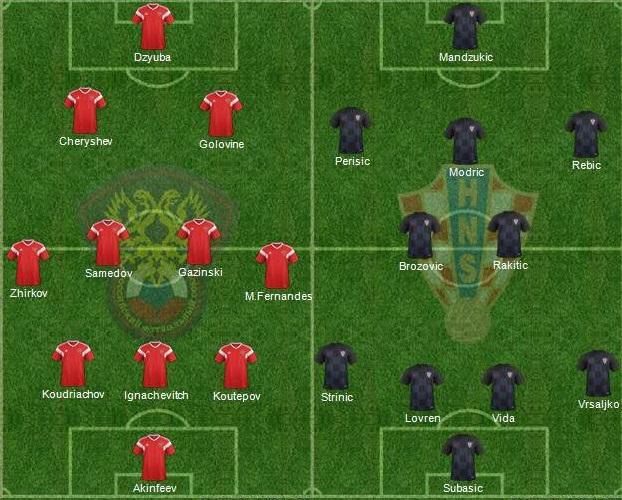 Russia will have Mario Fernandes and Golovine back in the starting lineup after missing out against Spain. That give Russia much needed balanced to cope with Croatia’s midfield dominance.

Match Predictions: Croatia were far from good in their last game against Denmark and they would feel lucky to get away with the win on penalties as Danish side looked the better for most part. They will need to up their game against Russia who will lineup to frustrate them on Saturday night. However the quality Croatia posses, they should eventually break down Russia and reach their second semifinal ever.