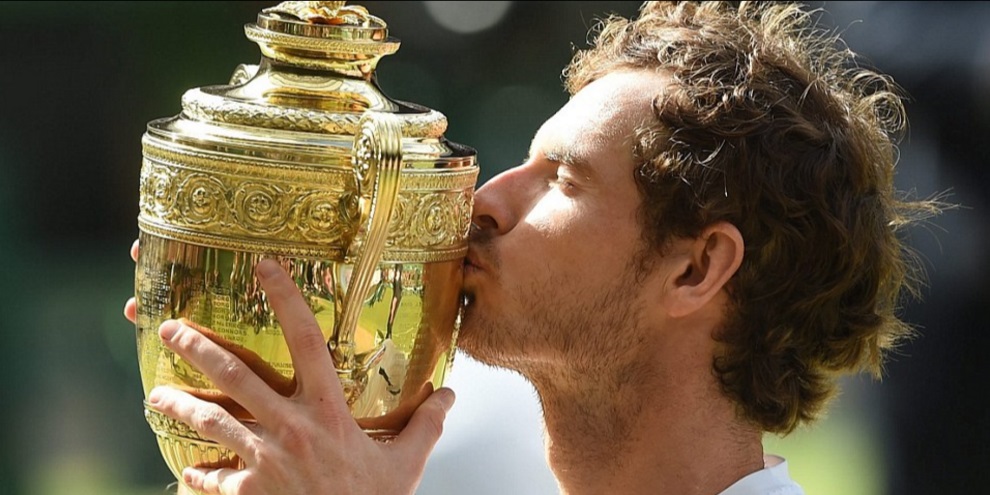 Andy Murray has won the 2016 Wimbledon mens singles championship after beating Milos Raonic in the final with straight sets win. This was his second Wimbledon title and third overall grand slam.

Andy Murray was in control from the minute go winning the first set [ 6-4 ]. But Milos Raonic made a game of it in next two sets stretching Murray all the way to tie breakers but in the Brit held his nerve and went on to win his second Wimbledon title.

He was heavy favourite going into the final but the added pressure of playing against every things he should beat was something different than he experienced in the previous two grand slam wins.

He was in charge of the game and never looked like panic as he strolled to a straight sets win. As for Milos Raonic who was playing his very first grand slam final will take a lot of experience from it and surely this was first of many finals to follow.

Andy Murray defeated Tomas Berdych in the semifinal of Wimbledon mens singles event to reach this year’s final where he will be taking on Milos Raonic in what should be a cracking final. Canadian Raonic will be playing his very first grand slam final and that gives Andy Murray a great opportunity to win his second Wimbledon title.

Wimbledon Men’s Final Preview: Andy Murray absolutely outclassed Berdych in the semifinals with a straight set win [6-3], [6-3], [6-3] while Milos Raonic played a marathon of a semifinal against Roger Federer and defeated the 17th grand slam winner [6-3], [6-7], [4-6],[7-5], [6-3]. Murray and Raonic has meet twice before in the grand slams and on both occasions Murray won and he will go into the finals as slight favorite.

Now with all other top seeds knocked out this is the perfect oppertunity for Andy Murray to win his second wimbledon title and third overall while Raonic can make history by becoming the first Canadian to win the Wimbledon title if he can dispose Murray in what will be massive home support from the British tennis star.

Looking at the head to head record between the two, Murray is clear favourite having won 6 of the 9 meeting between the pair and both have already meet four times this year with Murray winning on all four occasions. Its all setup for Andy Murray to make history on Sunday